A long held fascination with powerful female archetypes has inspired my interest with Mermaids and Sirens.

My first real encounter was back in 1990 when I accompanied my Polish "Syrena" mermaid onto a shipwreck on the Thames for an exhibition focused on Polish migration.

Later I visited the curious hidden collection of Mermaids held at the Royal Scottish Museum. There I saw the dried up carcasses of the unfortunate sea maidens, perhaps not unlike the Benbecula mermaid who was stoned to death and then given a proper burial by the islanders, around 1830.

Alongside work specially created for this exhibition, (after all the location cries out for its sirens), I have included Screen Sirens, in "Lou Lou", Sea Witches in "Raven Siren"; the fisherman's bane being the crawwimmin, and the everyday allurement of red lipstick. In my research I have asked sailors and an ex lighthouse keeper for their experiences of Mermaids.

Mermaids are dangerous and beautiful, and warn us of impending trouble, but rather than fear them, embrace their power. Or as the good Captain Beefheart (the painter Don Van Vliet) suggests, Grow Fins and join 'em!

Seduction of the Sirens

In Homer's "Odyssey", the Sirens "beguile all who come near them". They proclaim that "We know all the toils ... and we know all things that come to pass". In "Dialectic of Enlightenment" Adorno and Horkheimer played with the idea that the story encapsulated an early division of labour: the captain experiences the seductive Sirens' song for himself while the sailors pull the oars, their ears blocked so that they work without pleasure.

But Adorno and Horkheimer also linked a psychology of fascination: "Although the Sirens know everything that happens, they demand the future as the price of that knowledge, and the promise of a happy return is the trick by which the past ensnares yearning."

This passion for contentment in perfect understanding would carry the tales of the Siren song down the centuries, re-emerging in Brentano and Heine's tale of the Lorelei, and nurturing the heightened intensity of doomed romanticism.

Over the past 70 years, the net of seductive image was spread outwards, democratised into patterns of consumptive leisure. The lush 60s romanticised fatalism of Tim Buckley's "Song of the Siren" was supplanted by the smarter 70s modernism of Roxy Music's "Editions of You" with its hinting towards the fascination of selfie-presentation, "in modern times, the modern way".

Coming to the present, under what Shoshana Zuboff recently characterised as Surveillance Capitalism, some worry that machine intelligence is enabling the platform firms to mould both the past and the future: fitting the news timeline and the ads to the user as a mass of data points. Is this the song of the new Sirens? 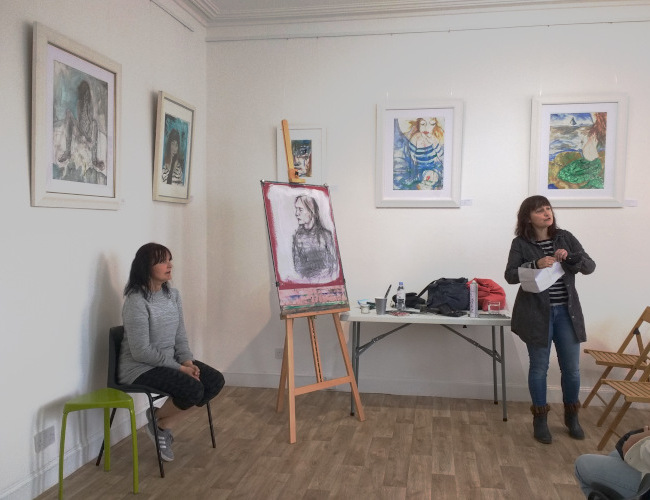 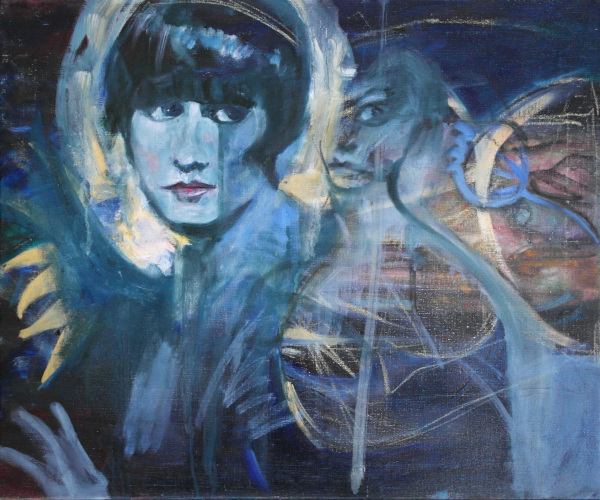 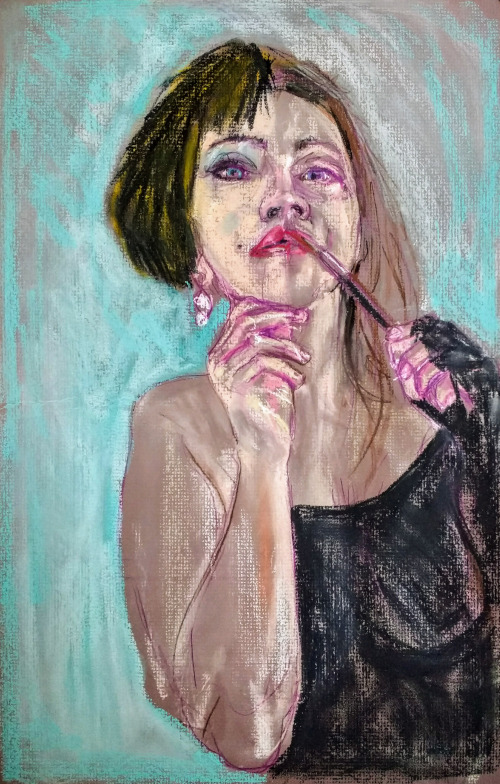 The Artist Reinvents Herself
Pastel on board
35 x 53 cm

The Artist Reinvents Herself
Pastel on board
35 x 53 cm