In this set of works, the artist reconsiders paintings from the classical Western tradition, where the female sex demon, the succubus, provided a fascinating, threatening other, a possession to be depicted and constrained. She brings instead a contemporary mentality which explores feminism, self-empowerment and the female gaze.

The works in this collection are all derived from live sessions. The smaller works were initially created prior to the enforced break from life modelling during the Covid lockdown. They form the beginnings of an investigation into extracting energies from the figures drawn from life and observations in front of the physical subject. Dichotomies abound, whether in cultural references or in the combination of what is seen with the eye and what is perceived as psychic energy.

The culminative series of six large paintings for this exhibition originate from live sittings of six women, as conditions tentatively began to allow resumption of live sessions. The artist invited each sitter to consider affinity with a mythological archetype that could empower and give self-possession whilst the painter adopted a deliberate female return gaze. Sometimes personal narratives were woven into the final character. For example, Proserpina is a Sicilian goddess derived from Persephone and Valentina, who sat for this portrait is Sicilian.

The male figure is a counter to the traditional male gaze: the male appropriated by the female gaze.

The self portraits too are explorations not of the artist’s personal narrative, but rather are performative. She sought to channel these characters which go back to the earliest known artworks. These painted tropes perhaps develop into “tronies”. 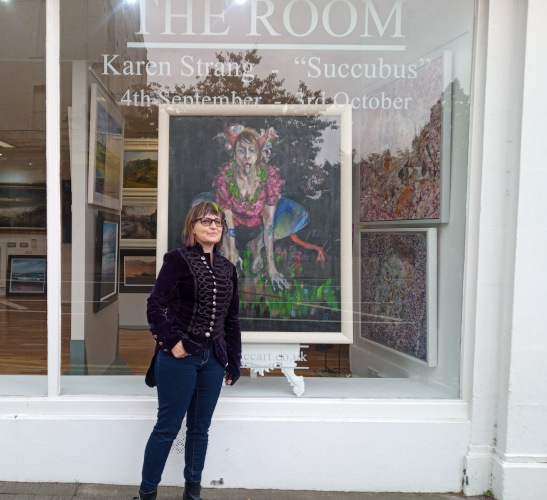 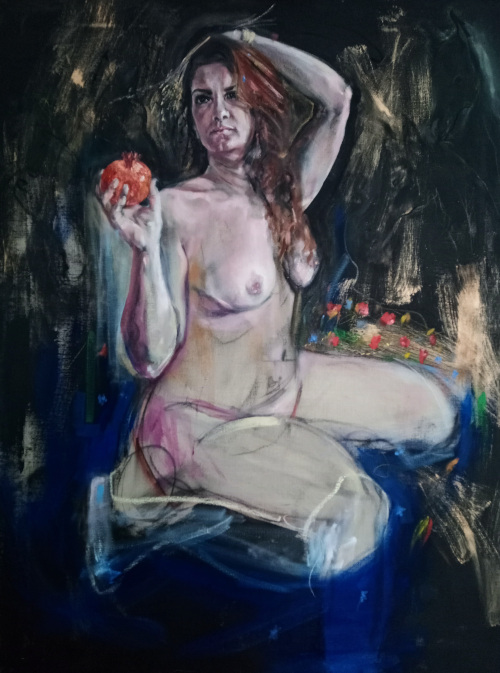